With the season of backyard barbecues quickly approaching, we wanted to come up with a fun, summery side dish to serve at your gatherings. This Summer Corn Salad is an exciting addition to the usual cast of characters such as slaw and potato salad, and one that’s sure to be a hit. 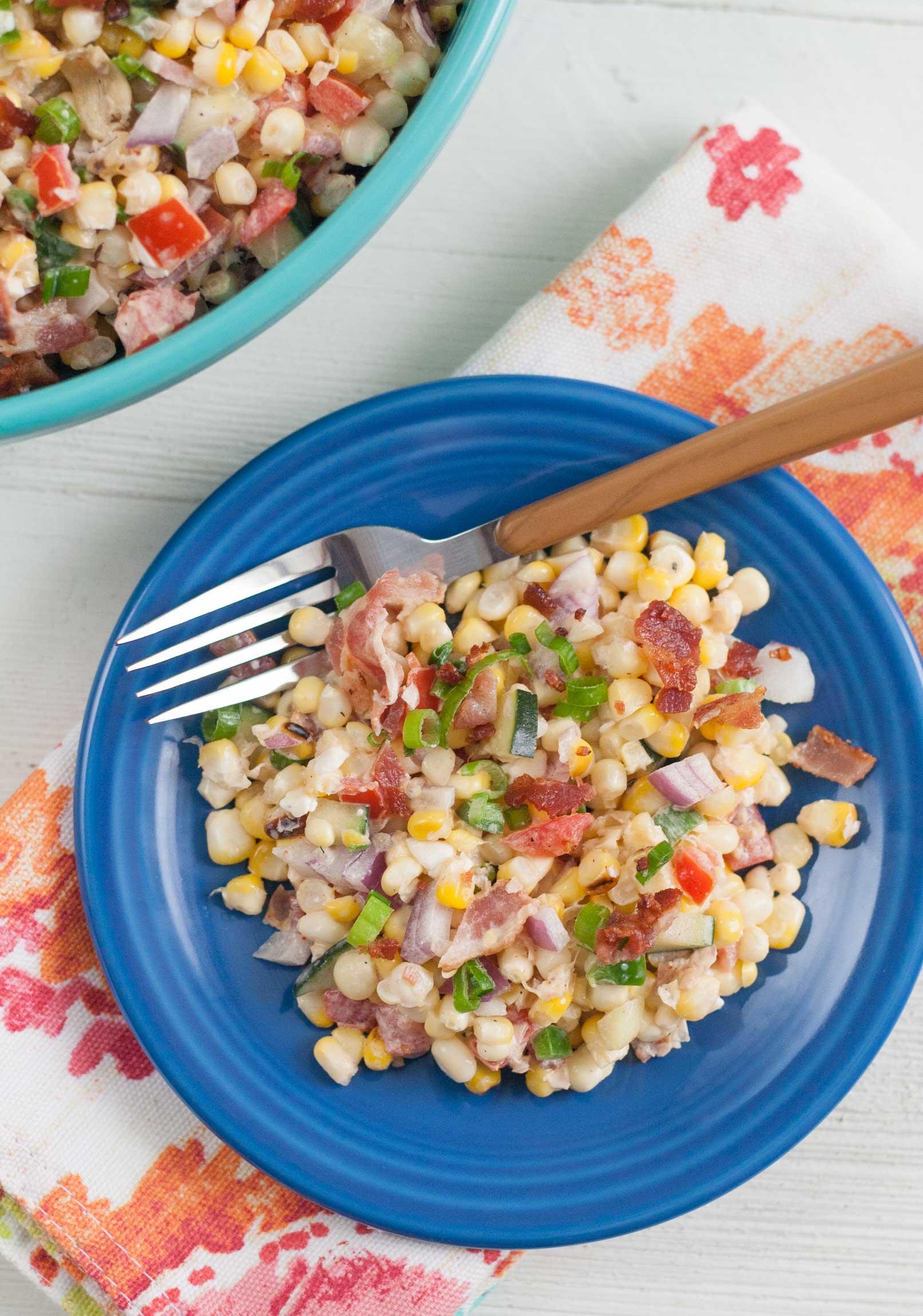 In our Summer Corn Salad we used about a dozen fresh ears of corn that we pan-grilled in our kitchen, but this could easily be done on an outdoor grill. Then we added in a few more summer veggies, cucumbers and tomatoes, along with red onion and diced jalapeno pepper for a little kick. Bacon, feta cheese, and a simple creamy dressing round out the mix for a salad that is bursting with summer flavor.

Our recipe makes enough for a crowd, so feel free to scale it back if you’re just serving it for a small family dinner. 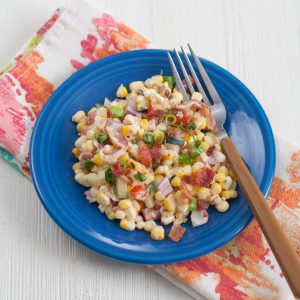 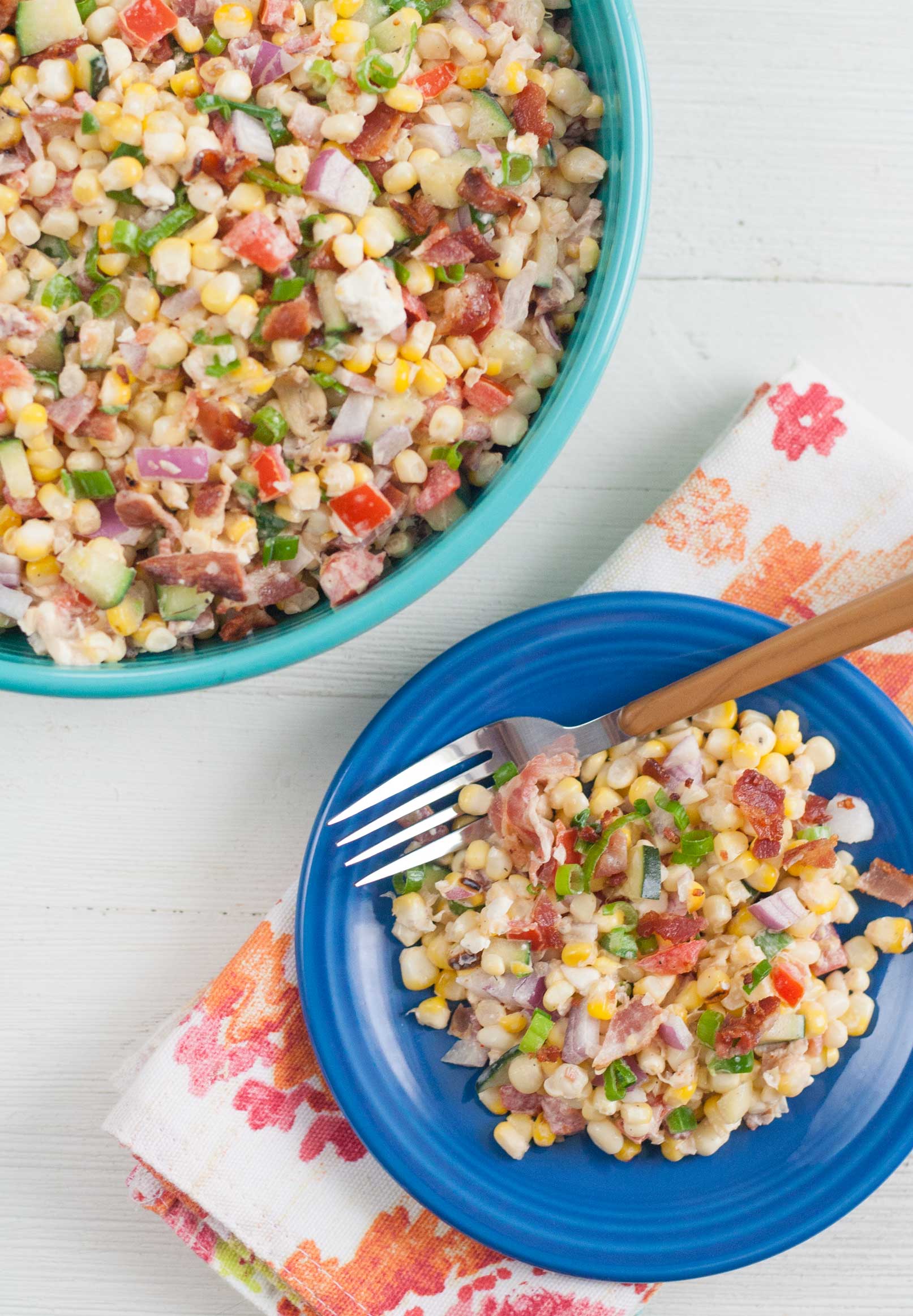